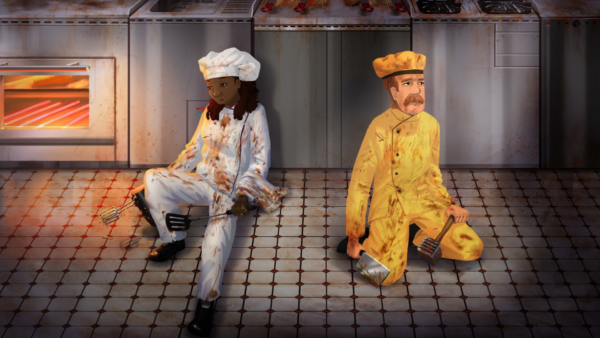 David Galindo
Lead Programmer, Game Designer and Owner of Vertigo Gaming Inc., worked on multiple projects including Cook, Serve, Delicious! and the Oil Blue, along with publishing games across mobile, console and PC.

With assistance from various freelance artists including:

Nicholas Kraak
Head writer for Cook, Serve, Delicious! 2!!, along with the television series Hitstroke FM, and a bunch of short films.

Sara Gross
Lead artist for Cook, Serve, Delicious! and the Oil Blue as well as an artist for a number of games including Full Metal Furies.

Jeff Ball
Sound designer for many aspects of the game including UI and main elements of the combo system. Has worked on many game franchises including Mass Effect 3, Gears of War, Dead Space, Star Wars and more.